Pirates Repelled in Attempt to Board World’s Oldest Parliament

The progressive, free-speech oriented Pirate Party of Iceland has failed in its goal of taking leadership of the oldest parliamentary assembly in the World, the Althing of Iceland. 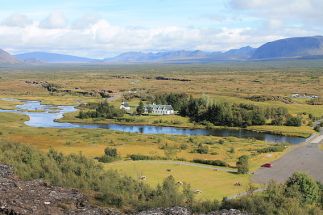 Founded at the ‘assembly fields’ of Þingvellir (left) in the year 930, the Althing (current building, right) is the world’s oldest national assembly (images: Wikipedia)

Polling for the recently formed party peaked at an extraordinary 43% during the past six months, but Saturday’s elections saw it draw a lesser, but still historic, result of 14%.

Iceland’s ancient assembly, first established in the year 930, will have 7 factions of politicians among its 63 members.

The country has seen a politically tumultuous year. Amid a slow recovery from the disastrous collapse of the nation’s three main banks in 2008, an alliance of the right-centrist rural Progressive party and the centre-right Independence party, each with 19 Althing seats, was following a policy of resisting demands for repayments to bank creditors.

Then one day in April news broke that the Prime Minister, Sigmundur Davið Gunnlaugsson, and his wife had established a secret offshore entity in the British Virgin Islands and were themselves bank creditors actively trying to recover their investment.

Icelanders rushed to Facebook to organise, and by the following afternoon a crowd estimated at up to 11% of the national electorate gathered in the public square outside the Althing to make known their displeasure. 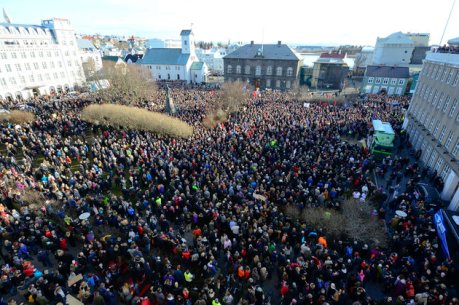 Icelanders beset their parliament on 4 April 2016 after news that the Prime Minister was a secret creditor of their troubled national banks (image: Huffington Post)

In the months since April a thorough cleanout of the Althing had been anticipated, but on Saturday the right-of-centre Independence party actually gained seats.

The Althing uses a party seat allocation voting system, with parties winning proportional shares of 54 base seats in each of six national electoral divisions, with a final 9 seats allocated to top up party seat numbers to align with each party’s share of the total nation-wide vote.

Independence’s coalition partner the Progressives have been slashed, but much of their vote may have gone to the new centrist Regeneration party. Collectively the two currently governing parties have fallen from 38 seats to 29, with 32 seats needed for majority government.

A group of three left-of-centre parties, which would also have allied with the Pirates, have collectively suffered modest loses – partly to the Pirates – and the four parties’ new total of 27 seats is not enough to form a stable left-wing government.

The seventh party group, the Regeneration party, won 7 seats and appears to hold the overall balance of power. 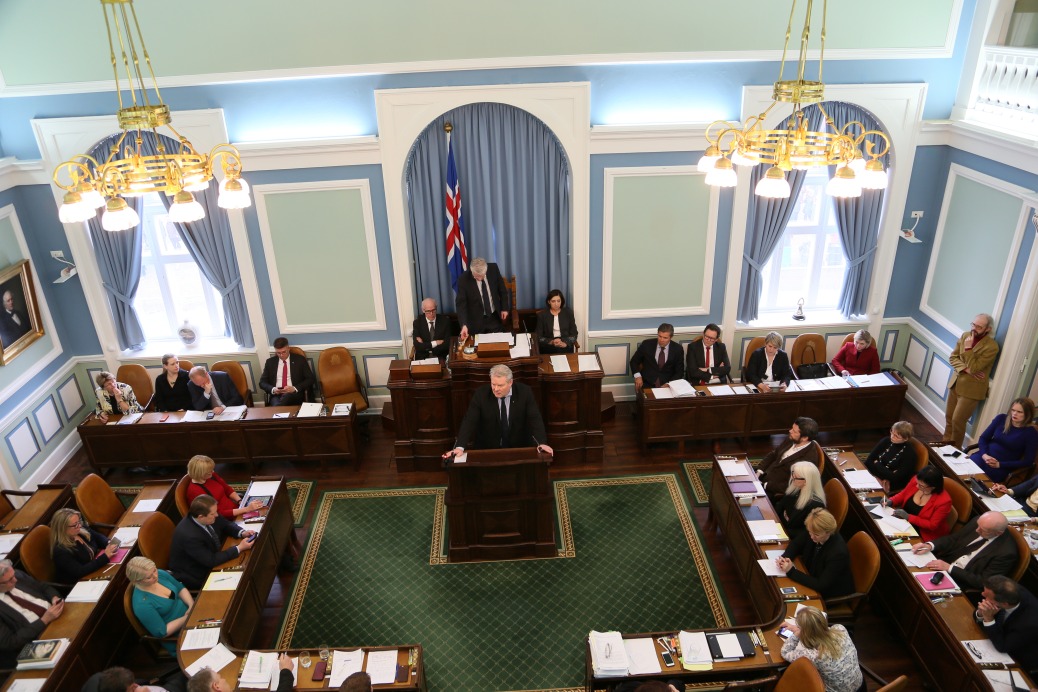 The Pirates’ performance – winning 14% of the vote and 10 seats – is still by far the best national vote outcome anywhere for the populist-progressive political movement, launched in Sweden in 2006 and now established in a growing number of European and other nations.