There are several distinct families of voting system used to elect national assemblies around the world. These system families are illustrated in the maps and explanations on this page.

For those countries with bicameral (two-chamber) national legislatures, this page deals with the ‘lower house’, which is normally the more democratically elected chamber and is often central to the formation of the nation’s government.

The world’s largest system (in terms of population, covering 40% of the world’s people in 2015) is the plurality method electing members in single-member electoral divisions, often called the ‘first-past-the-post’ system.

As political parties came to dominate the emerging electoral democracies during the 19th century the disproportionate nature of the block vote method became apparent, especially in larger divisions used in the United States. In response US and British practice began to shift to single-member-division plurality voting. The transition took several decades, and as late as 1948 in the UK and the 1960s in the US some multiple-member divisions still existed.

SMD-plurality voting is now used by 31 nations (plus 10 island micronations), most of which were formerly members of the British empire. By population, this family includes the world’s largest democracy India and second largest the United States, the United Kingdom and Canada, and high-population nations Pakistan*, Bangladesh, Ethiopia, the Phillipines and Nigeria.
(*Pakistan is technically a composite assembly – see below – but 75% of the seats, and partisan majorities in the National Assembly, are determined by results in the SMD-elected seats.)

There are a further 16 nations (plus 3 further island micronations) using variants of plurality voting such as single non-transferable voting (SNTV), the original block vote, and other related methods. This category includes nations with ‘dual’ methods such as plurality for single-member divisions and SNTV for two-member divisions, etc. On the map below these are shown in darker purple.

Next are a group of 11 nations which use the two-round runoff voting method in single-member divisions. This approach originated in France, spread to a number of nations which were former French colonies, and has been adopted by some other nations. (It is also the method by which many of the democratic world’s national presidents are elected.) 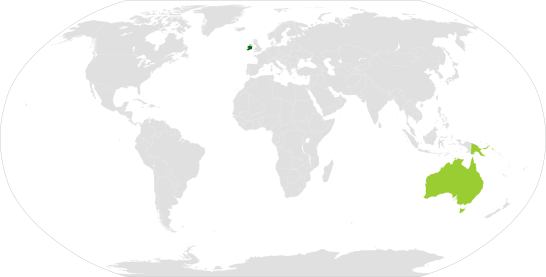 The fourth group of assemblies are those using seat allocation systems. This political party-based approach was pioneered in Belgium in the 1890s, and has since spread to become the most numerous electoral system in world nations, employed in much of Europe and in a variety of nations on other continents.

Two separate groups of nations are those which use adjustments to the initial seat allocation either to ensure greater proportionality between the votes cast for parties and the number of seats won by each party (‘levelled’ systems; 10 nations), and on the other hand systems which deliberately distort the results to give more seats to the dominant political party (‘distorted majority’ systems; 8 nations).

Across these sub-categories nations use different mathematical formula for calculating the seat allocations. The three primary methods are the D’Hondt divisor method, the Sainte-Laguë divisor method, and the quota and largest remainder method.

A subgroup of 10 nations have seat allocation systems that aim to ensure that the total composition of the assembly is party-proportional to votes (known as ‘levelling‘). This includes two categories of system.

Firstly, there are 7 nations with seat allocation (party list) systems with a special set of seats elected nation-wide (sometimes termed a ‘tier’) that is used to bring about the overall levelling.

Secondly there are 3 nations with a composite assembly (see below) that involves some form of levelling. In these systems one part of the assembly will be elected directly, usually in single-member divisions by the plurality method (first-past-the-post). The other part of the assembly consists of a seat allocation component using party lists, but the numbers of seats allocated will target achieving party-proportionality of the whole assembly, taking into account local electoral division seats won.

This approach, generally known as the mixed-member-proportional (MMP) system, was pioneered in the Federal Republic of Germany in the early 1950s. Despite being popular with political scientists, it has spread to only two other national assemblies (in Lesotho and New Zealand), although it is also used in the German länder (states) and has generated the related British ‘additional member system’ (AMS) used to elect regional assemblies in Scotland, Wales and London.

A further subgroup of the seat allocation systems are 8 nations which distort the party-proportionality of their election results to favour the dominant party.

One group of nations achieves this either by using high vote share thresholds, effectively excluding minor political parties (Kazakhstan and Turkey), or else by outright awarding of the bulk of the seats to the dominant party in an electoral division (Cameroon, Chad, Djibouti and Syria). (In addition, while Egypt’s Majlis is a composite assembly (see below), that assembly’s seat-allocated component also uses majority distortion.)

In Greece, assembly majorities are achieved by ‘reinforced majority’ rules which grant the party which wins the most votes a majority (or at least a bonus) of seats regardless of its actual vote share. (Italy had a similar system until  2018).

The final group consists of assemblies elected in two non-linked components. Typically, one part of the assembly is elected directly, usually in single-member divisions by the plurality method (first-past-the-post). The other part normally consists of a seat allocation component using party lists.

This mixed approach to assembly election, sometimes termed mixed-member-majoritarian (MMM), was developed in the second half of the 20th century is now used in 24 national assemblies including Japan, Italy (from 2018), Egypt, Mexico and South Korea.

Russia belonged to this group from 1993 to 2007, and rejoined it in 2016 after having briefly (for the 2007 and 2011 elections) used a high-threshold ‘distorted’ seat allocation system similar to Turkey and Kazakhstan.

All these national systems are ‘closed list’ systems except for those in Slovenia, the DR Congo, and Taiwan.

To complete the map, the remaining nations, comprising 22% of the world’s people, are not democracies with effective elected assemblies. There are several forms of non-democracy.

These absolute monarchies can be distinguished from monarchical governments with some form of democratic assembly – including Andorra, Monaco, Morocco, Jordan, Bhutan and Tonga.

China’s complex hierarchical structure of local, regional, provincial and national assemblies plays a key role in government, but these entities are not fully and freely elected, and in particular they do not function as government-forming democratic assemblies.

While nominally having an SNTV electoral system, Cuba places severe limits on freedom of candidate nomination, making it a it a quasi-member of this group.

De facto one-party regimes: Some nominal democracies that feature very strong one-party political systems or dominant regimes – e.g. Cambodia, Djibouti, Equatorial Guinea, and Togo – are listed in the categories shown above based on their legislated electoral method, despite the undemocratic realities of the nation’s public life. Circumstances change from time to time with nations in these categories.

War or civil disorder: Some of the nations identified in the various categories and maps above are currently experiencing military rule or civil disorder of a degree which disrupts the operation of their elected assemblies.

In some cases civil warfare has prevented the nation from establishing representative assemblies, as in Somalia (which has recently established an indirectly elected Parliament), Eritrea and the disputed territory of Western Sahara.

In other cases a formerly democratic (or quasi-democratic) nation has descended into violent disorder, as in Libya, Yemen and Syria.

Coup: Successful or unsuccessful military coups during the recent past have affected the operation of democratic assemblies in Mauritania, Burkina Faso, Burundi, Thailand and Fiji.

Emerging: Finally, some nations are currently emerging from authoritarian conditions towards democratic practices, such as Myanmar (shown above on the SMD plurality systems map) and Laos. The new nation of South Sudan is currently establishing democratic institutions.

After all that, below is an aggregate map showing all the above maps (other than the non-democracies, all shown in grey) combined together.

Notes on disputed states and territories.

The de facto states of Palestine (not a fully independent state, but recognised by the UN and many nations), Northern Cyprus (status also disputed), and Taiwan (not regarded as an independent nation by the great majority of world nations) are dealt with on this site with the focus being on their parliamentary electoral system, not their disputed political status.

The maps still display Crimea as part of Ukraine, which remains the legal position as recognised by almost all world nations.

Somalia is treated here as one nation despite its internal divisions, as this is the position recognised by the UN and other nations.