Independent candidate Alexander Van der Bellen has been elected as the next President of Austria by a slim 31,000 votes over the anti-immigrant Freedom Party’s Norbert Hofer.

The result – a win with 50.3% of the vote to Van der Bellen – came only after absentee votes were counted. Hofer had led narrowly on election night when around 88% of the votes had been counted.

Sunday’s election was the second round of voting, between only the top two candidates from a first round held in April.

The election of Van der Bellen will be a relief to many EU governments, with the Austrian Freedom Party considered one of Europe’s most significant nationalist, anti-EU political movements.

The election of Hofer, and the possible entry of his Freedom Party into government in Austria, would have complicated the continent’s political difficulties in dealing with mass refugee migrations. 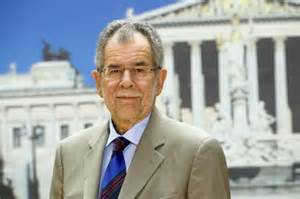 Hofer would have been the first far-right-wing politician elected as an EU head of state.

Instead, Ven der Bellen – although he ran by an independent – will be regarded as the world’s first elected Green-linked head of state.

Latvia’s parliament, the Saeima, selected Greens politician and defence minister Raimonds Vejonis as the nation’s head of state in 2015, but he was not directly elected by voters as Van der Bellen has been.

Van der Bellen won around 66% of the absentee votes counted on Monday, a result broadly expected with such votes being lodged at relatively high rates in the urban centres, where the independent’s support was strongest.

Austrian elections tend to attract turnouts of around 70% of the electorate.

In the first round of voting in April, 23% of enrolled voters, or 35% of those voting, supported Hofer. His party’s recent rate of national electoral support has been at around 14% of the electorate, or 20% of those voting.

Hofer’s public support in the final round of voting was just under 35% of the electorate, or 49.7% of those voting.

With the nation’s major parties currently heavily out of favour with voters, Hofer’s vote does not necessarily reflect sustained underlying support for Freedom Party.

In choosing the constitutional national presidency, the elections held in the past few weeks have allowed Austrians to vent their frustrations with their government’s perceived mismanagement of the ongoing refugee crisis.

Vote shifts between the first and second rounds of voting saw 29% of enrolled voters freed up from the candidates they supported in the first round, and an additional 4% of the electorate turn out to vote compared to the first round.

Of this pool of voters, 21% of the electorate turned to Van der Bellen, but only 11% to Hofer, suggesting that over half of those voters who had supported more moderate right-wing candidates in the first voting round ultimately preferred the Green-linked independent as their president over the far right’s candidate.

The affair may have allowed voters to let off steam, but the result has potentially altered the accepted political role of the presidency. During the tense campaign, Van der Bellen was forced to counter Hofer with a position that he would consider using his constitutional powers to prevent the Freedom Party from having any place in a future government of Austria.

Austrian governments are formed by majorities in the lower house of parliament, the Nationalrat (National Council). The current government is a grand coalition of the two traditional major parties, but the centre-right People’s Party has previously formed a governing coalition with the Freedom Party, and may do so again.

If the Freedom Party improves its parliamentary position at the next elections due by 2018 – as is widely anticipated – the new president’s stance may become the basis of a significant constitutional crisis.

This entry was posted on May 24, 2016 by Malcolm Baalman in Austria, Current issues, Election results, Executive government formation, Two-round runoff.