The 2016 United States election year has taken a dramatic turn with the unexpected death of the US Supreme Court’s most controversial judge, Justice Antonin Scalia.

Supreme Court judges are appointed for life. Since the Second World War only three – including now Justice Scalia, appointed in 1986 – have died in office.

Voluntary resignations have come at an average age of 74. Chief Justices tend to serve longer, with three of the four departing Chiefs staying on to (or dying at) around the age of 79.

By the time of the November 2016 elections four of the current justices would have reached 78 years of age, and two will be in their 80s.

Justice Scalia, at 79, was only the third oldest. 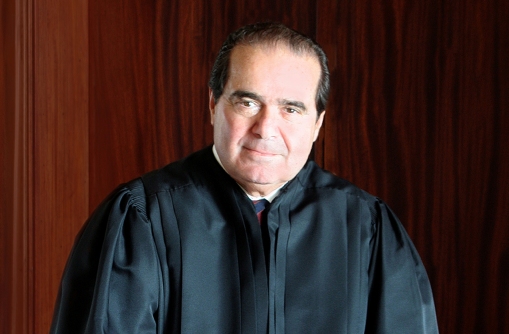 The prospect of further resignations – or even deaths – among the remaining justices during the election year cannot be discounted.

The Court and its membership have become seriously politicized in recent decades, far more so than for any equivalent constitutional court in other advanced democracies.

Judges are nominated and appointed by the US President, with an intervening stage where the US Senate grants – or denies – its consent to the nominee. In recent decades 3 nominations – out of 36 – have been rejected by the Senate; 3 others were withdrawn. 30 nominations (83%) were approved, or as they say, ‘confirmed’.

In American political discourse judges are often identified with the political party of the President who appointed them, and in recent decades a partisan categorization of the judges has provided observers with a narrative to explain many of the Court’s divided judgments on politically sensitive cases.

The judges themselves do not formally accept this categorization, but the divisions in legal philosophies on the bench have come to partly mirror the US partisan political divide.

Certainly, the Senate’s consent process for nominees has been a vigorously partisan affair since the 1980s, with substantial numbers of senators from the party opposing the president typically voting against nominations.

All senators also claim the right to delay and filibuster the consent process, leading to drawn-out partisan battles.

The process for replacing Justice Scalia will be doubly fraught. It is the first occasion since the 1980s where a vacancy has arisen at a time when the White House and the Senate are held by opposing parties.

Moreover, Scalia’s own standing as the undisputed leader of the ‘conservative’ wing of the Court also means the Republican senators will claim partisan ownership of the vacant seat, although there is no constitutional basis for such a claim.

With 11 months to go in his second term, President Obama will certainly send the Senate a nomination. Indeed, it would be a failure of his constitutional functions not to do so.

The President has already argued publicly that the Senate has a matching constitutional responsibility to consider the nomination, if not necessarily to grant its consent.

The Court’s jurisprudence has a direct impact on many electoral matters in the United States. In the 2010 Citizens United v FEC decision the Court permitted a practice of unlimited political donations to flow in US election campaigns.

In Shelby County v Holder in 2013 the Court overruled decades-old legislation protecting voting rights in a number of states with histories of franchise suppression.

The Court is currently hearing a plea – Evenwel v Abbott – that seeks a new ruling on the legal requirements on states in drawing the boundaries of congressional districts. If successful, the claim would force new redistricting across 43 states within just months of the coming elections, throwing primary candidate selections and other election preparations into disarray. Justice Scalia’s death means that the Court is unlikely now to overturn the lower court’s ruling on the matter.

Ideally, new appointments to the judiciary would be kept free of partisan hostility.

However the issue of the Supreme Court’s membership was already a first-tier partisan issue. The battle over a new judge’s appointment will clearly dominate the political year, as well as the contest for the Republican nomination for president.

Within hours of Justice Scalia’s death becoming known, all the remaining Republican presidential candidates had issued demands that President Obama not proceed with his constitutional task of nominating a new judge.

One of the leading candidates for the Republican nomination is Senator Ted Cruz, a strident critic of President Obama and of the idea of the president nominating a new judge.

Indeed, Cruz is a strident critic of the Court itself for being not conservative enough. The Senator is campaigning for constitutional changes that would allow for judges to be removed at elections, further politicising their judicial philosophy and decisions.

In the months ahead Senator Cruz will almost certainly join in strident Senate opposition to an Obama nomination, including participating in a filibuster himself. Indeed after his positioning on the issue, failing to filibuster would now look like political surrender.

Since the coming contest between the President and the Republican Senate majority over the fate of a new justice has clearly become a political matter, the electoral ‘mandates’ of the two forces are worth considering.

Obama’s election in 2012 to the office of President, with the constitutional mandate to make the nomination, was supported 62.3 million voters.

The 54 senators of the current Republican Senate majority were elected in 2010, 2012 and 2014 by an aggregate of 47.2 million votes. Since two senators are elected for each state (in different years), the proper comparison with the President’s voter mandate is half that figure, or 23.6 million voters, less than 40% of the President’s level of support.

(Two of these three elections were mid-term elections, which have lower voter turnouts than presidential election years.)

Even more ironically, the Democratic Senate minority of 44 senators represents an equivalent aggregate of 32.2 million voters, nearly half again larger than the Republican Senate mandate.

(The final two senators – from the small states of Vermont and Maine – were elected as independents.)

To stop the President’s judicial nomination the tactic of the Senate filibuster – the ultimate form of delay – can be protected under procedural rules by just 40 Republican senators. A bedrock of that number of senators can be found from among those with a collective mandate of as few as 10.4 million (equivalent) voters – 16.7%, or barely one-sixth, of the mandate of the President who will make the nomination.

To overthrow such a tactic, the President will need to persuade a total of 60 senators – including at least 14 Republicans – to support the nomination.

A spokesman for Republican Senator Mike Lee of Utah – a member of the crucial Senate Judiciary Committee that manages the consent process – today rated the chances of that happening as “less than zero”.

Should the Republicans dig they will leave the Supreme Court with a vacant seat for the whole of 2016, an unprecedented length of time.

The impact of any further Court resignations and deaths could leave the Republicans – most of whom maintain a form of reverence for the US Constitution as a key element of their ideology – in the remarkable position of blocking the functioning of one of the nation’s most important constitutional institutions.

This entry was posted on February 14, 2016 by Malcolm Baalman in Constitutional courts, Current issues, United States.