Low voter turnout has featured in the first Chilean legislative election to be free of Pinochet-era electoral distortions.

From the late 1980s – as the former military Junta faced losing power – until 2015, elections for the popular house of the Chilean legislature, the Cámara de Diputados (Chamber of Deputies), were conducted using a unique, two-MP-per-electorate voting system.

National legislative voting was organized as in party list electoral systems. In each of the 60 electoral divisions one seat was awarded to each of the two party lists winning the most votes, unless one list won twice the vote of the second-placed list, in which case the former list was awarded both the seats.

Together with the divisional malapportionment, the system created a Cámara with partisan membership very disproportional to actual votes. In reaction, the nation’s vibrant array of political parties kept combining into coalition joint lists at election times. 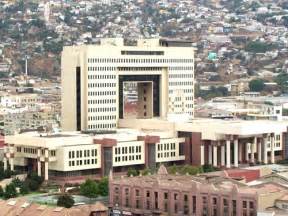 The unusual Chilean Congress building in the city of Valparaiso

There were no independent individual MPs directly elected to the Cámera, although some small regional parties were able to win seats.

(Chile’s Congress also has an elected Senate, which is based on single members elected in a different set of regional electoral divisions, in two electoral cycles.)

For most of the past three decades Chilean voters have consistently elected Presidents from the left of the political spectrum, but the legislature continued to be constituted under the system of pro-rural distortions.

Conservative regional voters were therefore able to strongly influence legislative power in the nation in the face of socialist and social democratic governments.

In 2015 the electoral division system was finally overhauled, creating a more standard party list approach with 28 more balanced electoral divisions, each allocated between 3 and 8 seats in fair proportion to their resident populations. The newly constituted assembly has a total of 155 members.

But in the elections just held on November 19, Chileans did not turn out in very great numbers to welcome their new, fairer legislative electoral system.

16% of registered voters (amounting to 38% of participating voters) supported the best-placed coalition list, Chile Vamos (‘Let’s Go, Chile!’), a coalition of four right and centre-right parties. They will have 73 of the 155 seats in the new house.

The political left, including around 15 distinct parties, was seriously divided into several coalition lists for the election. The significant seat-winners were:

Nueva Mayoría (‘New Majority’, also known as ‘Force of the Majority’), which was supported by 10% of registered voters (24% of election participants), which won 43 seats;

Convergencia Democrática (‘Democratic Convergence’) supported by 4.5% of registrants (11% of voters), which won 13 seats.

All up the total of all the left and centre-left lists and parties seems to have won around 81 seats, compared to the right’s more solid block of 73 seats.

The elections also held voting for the nation’s next President. That poll was inconclusive, with the two best-placed candidates being Chile Vamos candidate Sebastián Piñera (former president 2010-2014, and the only right-wing Chilean President in modern times) polling 36% of those voting, while senator Alejandro Guillier for the Nueva Mayoría group polled 22%. 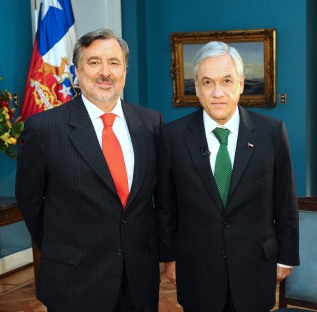 Piñera and Guillier will now face off in a second round of voting on 17 December.

Despite Piñera’s clear lead in the first round of voting for President, the diverse groups of voters who prefer left-wing leaders may rally round Guillier.

46% of registered voters cast votes for President, compared to the 42% casting valid vote for Camera legislators.

In 2013 turnouts were slightly higher – 49% for President, and again somewhat less for elections for members of the Cámera.

Prior to 2013 Chilean electoral turnout figures are not comparable to recent results.