As usual, New Zealand’s new Parliament will not produce a majority government, after the incumbent National Party fell backwards slightly at yesterday’s election.

The choice of government will largely lie with the 9-seat populist New Zealand First party, led by the wily and experienced Winston Peters.

Going into the election with 60 of the 121 seats – but backed by 4 allied MPs from minor parties – on the interim results National have dropped slightly to 58 of 120 seats in the new House of Representatives. But the government’s minor party support has also fallen to just one MP.

The Opposition Labour Party will significantly increase its parliamentary numbers from 32 to 45, and there will be 7 Green MPs, down from 14.

Some special votes still remain to be counted.

Only parties reaching at least 5% of the national vote, or winning at least one local division seat, receive any of the 49 additional proportional-share seats in the House of Representatives.

The chamber of the New Zealand House of Representatives

Had the election been decided only in the underlying 71 local electoral divisions, which are filled by plurality voting, National would govern in majority with 41 seats to the opposition’s 29, with 1 more minor party MP.

Under new leader Jacinda Ardern Labour had surged during the election period to actually overtake the National Party in opinion polls, but in the final week of the campaign National fought back aggressively.

National Party advertising accusing Labour’s policies of having a large fiscal deficit was criticised by political analysts as unfounded, and accusations that the Opposition was planning income tax increases were also refuted as false. Nonetheless, the Labour poll surge clearly fell back in the final week.

The volatile opinion polls suggest that many voters were ready to consider a change in the 9-year-old government, but ended up unconvinced of Labour’s offering.

Speaking on election night, Labour leader Ardern directly attributed the political scenario to the nation’s electoral system. Mindful of the need to minimise the vote and seat advantage held by National, Ardern said that the final choice of government arising from the election “would be decided by MMP”. 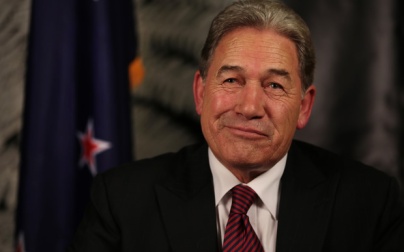 Over a decades-long career Peters has already been in the deciding position twice before, previously siding with the National Party forming a government in 1996, and later with Labour in 2005. Once again, his personal choice will decide who now governs New Zealand.

Peters has indicated coming to a decision faster than the seven weeks that he kept the nation waiting in 1996, but he will likely keep all options open to maximise his leverage.

Since New Zealand adopted the MMP voting system in 1993 all governments but one have been coalitions, making the NZ parties well experienced in coalition negotiations.

The New Zealand electorate re-endorsed MMP in a referendum in 2011, with 58% of voters refusing to go back to the plurality voting system.