Musidlak, 63, was serving as President of the Proportional Representation Society of Australia at the time of his death, a post he had held continuously since 1994.

He is remembered for vigorously advocating in 1992 for legislative elections in the Australian Capital Territory to use the single transferable vote (STV) voting system.

Australia is the world’s most extensive user of STV voting, a proportional and direct candidate-based system also associated with Irish elections, as well as being popular with electoral reformers in Canada and the United States. 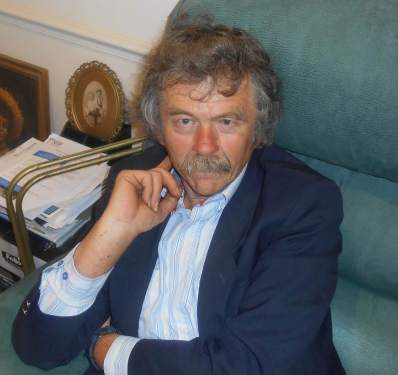 For over a century the Australian state of Tasmania has elected its lower parliamentary chamber using STV voting. Elections for the national Senate also adopted the system in 1949.

Between 1978 and 2005 the electoral systems of five more Australian state-level parliamentary chambers were changed to use STV – widely known in Australia as the ‘Hare-Clark system’.

The Australian Capital Territory’s Legislative Assembly, and local responsible government, were established by federal legislation and commenced operation in 1989.

For the first two elections the Assembly’s 17 members were elected using a uniquely crafted system of party-proportional seat allocation.

The initial ACT voting system – known colloquially (but somewhat misleadingly) as the ‘D’Hondt system’ after its specific seat allocation formula – also incorporated the Australian traditions of preferential voting between not only individual candidates but also between parties. Nowhere else in the world had such an unusual composite of electoral techniques been attempted.

The initial electoral system was widely derided by experts and the community, and the first election result in 1989 took an extraordinary 9 weeks to count.

Of more immediate practical impact was the fact that a surly electorate voted to fragment the electoral outcome in the first ACT Assembly, giving the two major political parties just 5 seats (Labor) and 4 (Liberal), together with a turbulent 8-member cross-bench.

The first Assembly soon faced the task of legislating for a new electoral system. The governing Labor Party – normally enjoying plurality or even majority voter support in most parts of the city – sought to switch to a system of 17 single-member electoral divisions, anticipating that it would win the majority of such seats for the foreseeable future.

But the Liberal Party opposition and the cross-bench refused to go along, insisting instead on some form of proportional representation.

Control of the Territory’s executive government also changed hands twice during the initial 1989-92 term, as the complex partisan makeup of the Assembly mutated.

Since any decision on a revised electoral system still required the acquiescence of the federal government – then a Labor administration – as well as the national Senate, a political compromise was crafted in which the second ACT election in 1992 was accompanied by a plebiscite on the choice of electoral system.

In the 1992 plebiscite the two options presented were a single-member division system – which following Australian practice would have used preferential voting, also known as the alternative vote (AV) – and the STV system.

Musidlak, then the convenor of the ACT branch of the Proportional Representation Society, was among those who campaigned vigorously for STV. The STV option won the plebiscite convincingly with 65% of the vote.

The heavy public support for STV indicated that even in the city’s generally Labor-supporting community there was little interest in giving the leading political party unchecked parliamentary control.

To protect the STV system, in 1995 ACT voters also voted in a second plebiscite to adopt a unique Entrenchment Act, ensuring that any future changes to the electoral laws establishing the STV voting system would require a two-thirds majority in the legislature.

Contemporaries of the ACT’s adoption of STV in 1992 all emphasise the singular impact of Bogey Musidlak.

Former ACT MLA, Attorney-General, Chief Minister and later Senator for the ACT Gary Humphries, who was the Liberal Party spokesman on electoral matters at the time, said that Musidlak “epitomised the principle that power in modern societies accrues to the best informed.”

“His amazing breadth of knowledge about electoral systems was a key asset in the battle to win the hearts and minds,” said Humphries. “In a city like Canberra – with so many educated and politically-literate citizens – arguments about the inherent fairness of STV cut through beautifully, and he was magnificent when it came to fashioning those arguments.”

Canberra psephologist Malcolm Mackerras described Musidlak as “the Father of the Hare-Clark voting system in the ACT”.

“Had it not been for the persistence of Bogey we would never have had the system introduced in the ACT,” said Mackerras.

“That it was adopted was a miracle. That miracle was worked by Bogey Musidlak, there’s no doubt about that.”

Mackerras also pointed out that Musidlak was responsible for the ACT system’s innovation that voters were not strictly required to mark preferences for more than a single candidate for their ballot to be valid.

[Update: an obituary for Musidlak by Malcolm Mackerras was published in the Canberra Times on 16 September.]

Former Independent MLA Michael Moore – who served in the Assembly from its beginnings in 1989 through to the transition to STV elections – recalled that “without Bogey and the Proportional Representation Society I very much doubt that the ACT would have such a fair electoral system as the one that currently operates”.

“Through the period of proposed electoral reform in the early days of the ACT Assembly the Proportional Representation Society offered a strong, evidence-based voice”, said Moore.

“Bogey Musidlak, in particular, provided leadership ensuring an increasing community understanding of the fundamentals and the fairness of the system.”

Canberra’s community has since become used to local minority governments, political compromise, and even legislation enacted against the opposition of the government of the day. Only one of the nine Assembly elections held in the ACT has produced a parliamentary majority for a single political party.

Worldwide, no modern democratic jurisdiction has chosen to change an existing proportional electoral system to adopt single-member division (SMD) voting, of which the plurality voting version – widely known as the first-past-the-post system – is still in use in Britain, Canada, India, the United States and some other nations.

In recent decades some Canadian provinces have come close to changing their electoral systems from SMD-plurality to STV, or else to a party-based proportional seat allocation system.

In the early 1990s New Zealand voters elected to abandon SMD-plurality and turn to the German mixed-member-proportional (MMP) electoral system.

In the late 1990s Britain adopted the party-proportional Additional Member System, (AMS) – a similar system to MMP – for electing the devolved assemblies for Scotland, Wales and London.

STV has also been adopted in recent decades for use in local government elections in the Australian states of New South Wales and Victoria, and also in Scotland.

The Proportional Representation Society of Australia continues to advocate for the adoption of STV in Australia’s parliamentary lower houses.

2 comments on “In memoriam: leading Australian electoral reformer passes away”