The Bulgarians have snuck an early election into the 2017 calendar, after their governing party lost control of the nation’s presidency and parliament late in 2016.

The Bulgarian Narodno Sabranie (National Assembly) is supposed to serve four-year terms, but recent elections have been called in 2013, 2014 and now 2017.

Former public servant, police trainer and occasional football forward Boyko Borisov, leader of the centre-right GERB party, has been prime minister since 2009 – with one brief interruption – surviving through a series of minority governments and early elections.

Prime Minister Borisov challenged the Assembly to confirm support for his minority government after GERB’s candidate for the post of President failed to win election in November last year. The parliament declined to provide support, resulting in the Prime Minister calling the early election.

The GERB party is pro-EU and generally regarded as fiscally prudent. Worried EU capitals will welcome the government remaining in office, even as a minority government.

Bulgaria’s electoral system is a classic example of the party-proportional-by-regions approach. The nation is divided into 31 electoral regions, in each of which a number of seats is allocated to political parties in proportion to a simple tally of the votes cast for those parties in each region.

The voters do not get any direct say in the actual members of the parliament. Instead, each party’s allotted number of seats is filed in order of a list decided by the party.

The system, known as closed-list PR (proportional representation) is used in many countries in Europe, Asia, Africa and Latin America.

Spain, Portugal, Poland, Argentina and around 50 other nations use this approach. In aggregate these nations have a total population of around 575 million people. 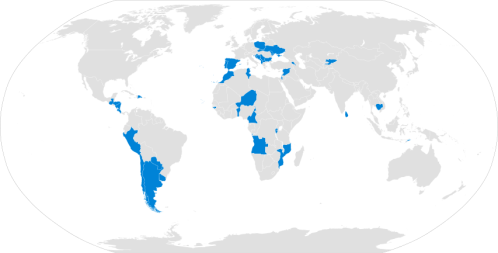 Larger nations using this system generally divide their electorate into regions, as does Bulgaria, while smaller nations such as Israel can keep all the voters in a single pool.

Several other nations use the List PR system but allow voters to influence which individual politicians come first on the party lists when it comes to allocating the actual seats – a variation known as open-list PR.

List PR is one of the two most common electoral systems in the world, the other being the British-originated system – used in the UK, Canada, the United States, India, Australia and many other nations – where voters directly elect a single representative in a local electoral division.

In Bulgaria, one of the GERB government’s continuing problems in recent years is that while it is regularly the largest party in the Assembly, it has always lacked a majority.

The remainder of the Assembly has however been divided among a number of smaller parties which do not form stable alliances either with GERB or with each other.

GERB had won 84 seats out of 240 in the previous Assembly on 32% of the vote. After Sunday’s election, despite still only securing 32% of the vote, it will secure 95 seats, largely because many of the smaller parties have fallen away.

The Bulgarian electoral system requires parties to win 4% of the vote nationally to be eligible for seats. This weekend only five parties achieved that mark, compared to eight at the 2014 elections, which may simplify Bulgarian party politics in the coming term.

The Bulgarian Socialist Party has solidified its position as the main opposition, doubling its delegation to 80 seats.

The problem of the Assembly not supporting the government has clearly not been resolved by the election.

Bulgarian Prime Minister Boyko Borisev seems to be stuck in a cycle of resigning and then resuming minority government (image: AP)

Whilst GERB seems to be an ongoing government in Bulgaria, even though it wins only around 32% voter support, there is little to no prospect of the diverse other parties combining to create any alternative government.

In this term GERB can pass legislation and remain in office with support from either the far-right United Patriots party, or alternatively the centrist liberal DPS party.

But the non-government parties can always combine to force the Assembly back to new elections, at whatever time they can agree is advantageous to them to do so. The Prime Minister can also bring on new elections.