Voters in the Netherlands will tomorrow elect their national parliament, possibly making the nationalist and populist Freedom Party led by Geert Wilders the largest faction in a deeply divided chamber.

They will be the first of several European nations to vote in 2017 against the background of well-polling populist political parties.

The Dutch Tweed Kamer – ‘second chamber’, or lower house of parliament – is one of the most politically diverse assemblies in the world.

Voters do not directly elect the members of the Kamer. Instead, with 150 seats allocated to political parties by pure proportional representation, every multiple of 0.67% of the national vote scores a party one seat. 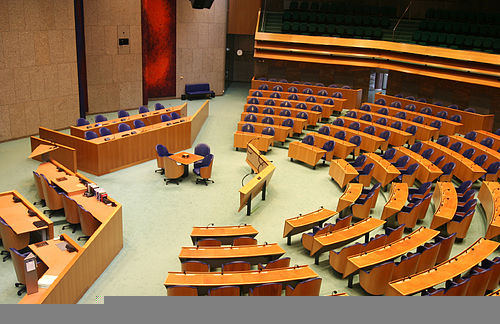 The chamber of the Tweed Kamer, one of the world’s original
party-proportional elected parliaments

Any remaining seats are still allocated to the parties using a rule called the D’Hondt formula.

The result is a bewildering array of contestants – this year 28 nominating parties, of which 11 were present in the last assembly, and at least 12 are currently polling well enough to be in the next. 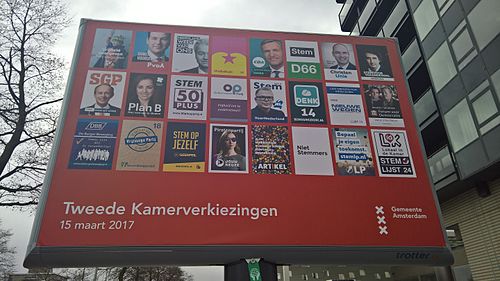 The party-proportional electoral system, used since the early 20th century, creates a political climate where cooperation between multiple parties has become the norm.

The fragmentation is self-perpetuating, since new parties can get a toe-hold and survive quite easily on very low national vote shares.

Until a few decades ago two long-established parties – the centre-left Labour Party and the centre-right Christian Democrats – still tended to dominate Dutch politics, between them winning around half the vote (and seats), with one or other forming government together with some minor coalition parties.

But just as in many other established democracies, in recent decades the dominance of the older parties had faded.

The Labour party is current polling 11-12%, and the CDA was recently the same, but has recovered to around 18%.

The dominant centre-right governing party in recent years had been the People’s Party of Freedom and Democracy (VVD), which is just finishing up a term of office in coalition with the Labour party.

The right-wing Freedom Party (PVV) has been expected for many months to top tomorrows poll.

With Freedom Party support peaking at 40% in one poll in February 2016, the Dutch political establishment was in despair. As the last few years have unfolded, bring electoral turmoil in Greece, Italy, Poland and Spain, the UK vote on Brexit and finally the election of US President Donald Trump, little could be taken for granted in world politics.

But as the Dutch election date has closed in, the Freedom Party’s support as fallen steadily in recent months to between 20% and 24%.

Dutch pollster Peil projected last weekend that the Freedom Party would hold around 24 of the 150 seats, far adrift of a majority.

The poll projects that the governing VVD might now squeeze past to win the most seats after all, possible on 25.

The difficulty that will follow is the formation of an executive government.

Dutch governments are traditionally formed by the monarch giving the largest party first chance to collect enough declared allies to total 76 Kamer seats. If not, the second largest party can try.

Virtually all other parties have declared that they would not ally with the Freedom Party even if it is the largest seat holder, so any attempt by them to form a government will apparently go nowhere.

But it will take a minimum of four parties, possibly five, to join in a VVD-led alternative

VVD leader Mark Rutte, the current prime minister, will need to look for allies in the Christian Democrats (22), the left-liberal D66 party (17 seats) and the Labour party (9 seats). 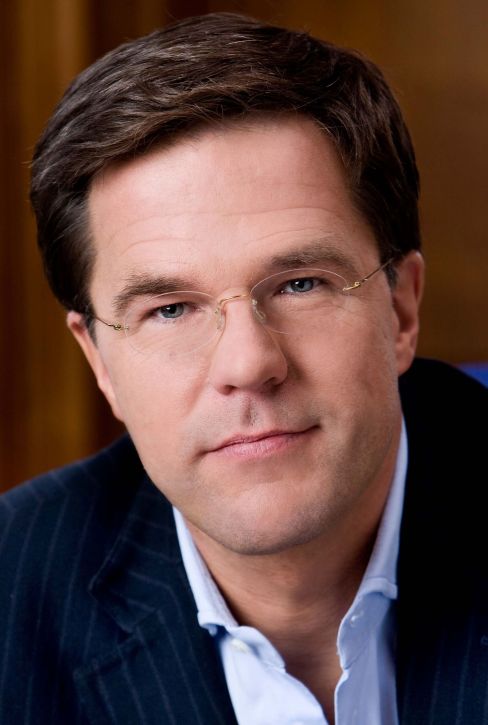 In recent years the VVD has entertained all these parties in coalition negotiations. Not all these coalitions have lasted, but it is clear that the rise of the Freedom Party will shepherd collaborative parties into closer cooperation, even if four-way coalitions are required.

The VVD would prefer not to need to deal with the rising GroenLinks (or Green-Left) party (polling very well on a projected 20 seats, a huge jump from its current 4), the old Socialists (15), the conservative Christian Union (5) and a party aligned with the Calvinist Reformed Church (3), let alone the untried 50Plus party representing the elderly (5), the party for animal rights (4) or the new Denk party representing migrants.

Clearly GroenLinks is closing in on the parliamentary clout to secure coalition participation for the first time in the Netherlands.

But anything may need to be attempted, depending on the result of Wednesday’s elections.

In Germany, the centre-right CDU/CSU and the centre-left SPD are serving their third term of coalition in the past few decades. Their ‘grand coalitions’ have served to keep the left (der Linke party, originally formed out of former East German political movements and now sharing the progressive vote with the more coaliton-acceptable Greens) and the right (the insurgent populist Alternative for Deutschland) from any executive office.

The two main German parties are expected to enter coalition again after their elections this September, possible after the national chancellorship passing to the SPD party.

The website of the Dutch electoral authority Kiesraad has a full English language version for its electoral information, including the election results.

[Update late on Election night, 15 March: the English version of the Kiesraad (electoral commission) site may not be available same-day. However the news site NOS is publishing election results (uitslagen verkiezingen) as they come in – in Dutch, but the numbers and percentages for each party are easy to discern.]

The BBC will also be providing English-language coverage.

2 comments on “Dutch first to vote on populist challenge”