Sadiq Khan the most popular Mayor of London so far

After a bitter campaign marked by innuendo about the religious faith of the leading candidate, earlier this month London voters elected Labour’s Sadiq Khan as the third Mayor of London.

Despite the negative campaign, former government minister Khan won the strongest mandate of any Mayor elected since the office was created in 2000.

The Conservative party – in government at the national level – failed in its attempt to win a third term, with former Mayor Boris Johnson moving on to national politics.

The Mayor and a 25-member Assembly are elected for four-year terms in May of each Olympic year.

The first Mayor – elected in 2000 – was Ken Livingston, a Labour figure running as an independent. Livingston was subsequently re-elected in 2004 as the Labour party nominee.

The Mayor of London is elected in an unusual manner, involving a partial preferencing method. Instead of a full ranking of candidates, voters are allowed to mark 1st and 2nd preferences for just two candidates.

Ballots preferencing other minor candidates are set aside as ‘exhausted’.

The system makes it impossible for a candidate to win election from third position on first preferences, even if they are preferred by a majority of voters to the winner under the current rule.

However with the exception of Livingston’s 2000 win as an independent, each of the five elections has been dominated by the Labour and Conservative candidates. No election so far has seen the first preference leader overtaken after the transfer of preferences.

Britain’s significant minor parties include the Liberal Democrats, Greens and the nationalist UK Independence Party (UKIP), but no candidate of these parties has ever come close to a top-two result.

The 1999 decision by the then Labour national government to legislate the quasi-preferential voting for the new mayoral office was based on a rejection of the first-past-the-post method, but proved to be important when the popular Livingston ran an independent campaign against the Labour nominee.

In the event, Labour’s candidate won just 13% of the vote at the first election in 2000, against the Conservative candidate’s 26% and Livingston’s 38%.

In 2016 there were a total of 12 candidates for Mayor. The 10 candidates eliminated represented 20.7% of the first preference votes. But despite voters knowing that the Labour and Conservative candidates were the clear leaders, over half of all of the ballots for eliminated candidates did not transfer to one of the top two. 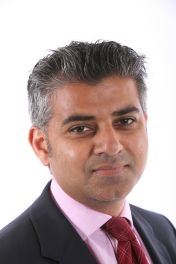 Conservative candidate Zac Goldsmith started with 35%, but preferences lifted him to just 38% of voters.

12% of voters dropped out of the final decision by not marking a second preference for either the Labour or Conservative candidates.

Khan benefited from a dramatic rise in the preference share. In the four elections between 2000 and 2012, Labour candidates consistently received between 52% and 55% support from those minor party voters who marked a Labour/Conservative second preference. In 2016 Khan won 66% of these preferences.

Less than half of minor party ballots expressed a second Labor/Conservative preference. Green voters made the most significant contribution, with 47% of their ballots preferencing Labour, 10% Conservative, and 43% exhausting through preferring another minor party, or being blank.

The second preferences of Liberal Democrat voters went 30% for Labour, 20% Conservative and 50% exhausting.

Voters for the Womens Equality candidate and for independent George Galloway broke around 40% for Labour, 11% Conservative and 49% exhausting.

Preferences from the 3.6% of voters who supported UKIP – the only significant minor candidacy of the right wing – broke 6% for Labour, 26% for Conservatives, and 68% exhausting. Even so this limited support was the best result for the Conservatives, with voters for all the other minor candidates sending Goldsmith only between 8% and 20% of their preferences, against 7%-27% for Khan, but with the bulk of these ballots (60%-80%) exhausting.

The issues of the 2016 campaign clearly left many more minor party voters comfortable with Labour and Khan than with the Conservatives and Goldsmith.

The pro-Labour pattern of preference flows, if repeated, will be a major worry for future Conservative campaigns.

The Conservatives will not only need more attractive mayoral candidates. Unless they can be several points ahead of Labour on first preferences, they also need to recast their electoral appeal to attract more preferential support from a wider range of voters.

Khan’s 2016 election will be especially welcome for Labour after the race- and faith-based bitterness of the campaign.

With 1.14 million first preference votes and 1.31 million in total, Khan won the largest voter support of any of the Mayors so far elected.

London Mayors have had the final support of barely 20% of London’s 5-6 million voters.

Sadiq Khan’s limited mandate – elected at a poll with a turnout of 45% and winning with a post-preference support base amounting to 22.8% of registered voters – can still claim to be the best so far.

This entry was posted on May 16, 2016 by Malcolm Baalman in Current issues, Election results, London.