Hillary Clinton has all but secured her party’s nomination with dominance over Senator Bernie Sanders across 8 of 12 jurisdictions holding Democratic party primaries. Sanders’ four wins were in small or medium sized states.

Republican results on super Tuesday heavily favoured Donald Trump. Trump has yet to secure the Republican nomination, but is noticeably in the lead over Senator Ted Cuz and Senator Marco Rubio.

On the following weekend honours were divided within each party. For the Republican party Trump won 2 states, Cruz 2, and Rubio swept the territory of Puerto Rico. For the Democratic party Sanders won 2 states and Clinton 1.

So far 10.4 million voters have participated in the Republican primary elections, a significantly greater turnout than the 7.0 millions so far voting in the Democratic contests.

Latest vote totals and delegate counts (including proportions of total party convention delegates) are set out below. 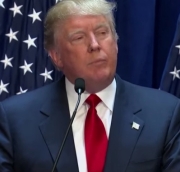 (The initial Republican precinct caucuses in Colorado, Wyoming and North Dakota were held on 1 March. These events do not directly determine convention delegates, but set in train the series of district and state party meetings which eventually do so.)

(*A Republican candidate needs to accumulate 8 state delegation majorities to be eligible to put their name forward at the party Convention.) 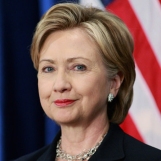 (* Totals include caucus state figures which are estimates, and which also undervalue the caucus states’ contributions to total votes in comparison to results from primary election states.)

Withdrawals since the beginning of February: Martin O’Malley (1 February)

Delegate tallies  for both parties include the support of elected delegates that have been confirmed by public endorsements. Such delegates are unbound and their vote can change at the convention (and see observations by Nate Silver at 538.com.)

The next primary events are the primaries for both parties in Michigan and Mississippi on Tuesday 8 March, together with the Republican primary election in Idaho and caucus in Hawaii, and the ballot for delegates for Democratic members living overseas.

These are followed by the Republican primaries in Guam and Washington DC on Saturday 12 March.

Following those events comes the major date of Tuesday 15 March, on which both parties will hold primaries in Florida, Illinois, Missouri, North Carolina and Ohio, as well as in the Northern Mariana Islands territory.

This entry was posted on March 3, 2016 by Malcolm Baalman in Current issues, United States, US presidential primaries.