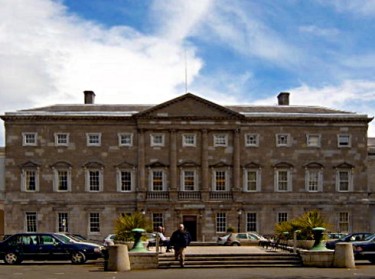 At some point between now and 8 April 2016 around 2 million voters in Éire will go to the polls to elect 158 members of the Dáil Éireann.

To avoid clashing with the centenary of the Easter Rising around 27 March (Easter), and St Patrick’s Day (17 March), the election may be called for early- or mid-March.

The Dáil members (Teachtai Dála) are elected by the single transferable vote (STV) method in 40 electoral divisions consisting of 3, 4 or 5 seats.

Legislation during the current term has reduced the number of electoral divisions from 43 to 40 and reduced the total number of seats from 166 to 158, triggering a revision of boundaries. Electoral division boundaries are drawn to attempt to map wherever possible onto the boundaries of the 26 counties of the republic, which combined with the small allowable numbers of seats means that modest malaportionment of voters to seats is inevitable.

Éire’s political system has two broadly centrist major parties – Fine Gael and Fianna Fáil – as well as a substantial third party in the Labour Party. During the current term Fine Gael and Labour have governed in coalition. There is also a significant nationalist party in Sinn Féin.

Historically Fianna Fáil has been the most successful party in Eire, winning the most seats for 79 years until, following the 2008 recession when it was in government, its support crashed to below 20% in the 2011 elections. The party’s public support seems to have only slightly recovered in recent polling.

Sinn Féin – which has not had a role in the formation of an Irish government since the 1920s – has increased its support from around 10% to around 20%, which is historically significant. Their gain seems largely to be at the expense of the Labour party. In 2011 the party won 1 seat in each of 14 divisions; it’s capacity to gain additional seats on such a substantial vote increase is therefore very extensive.

Sinn Féin is an unusual political party in that it operates in two nations, also winning seats in the Norlin Airlan Assemblie (Assembly of Northern Ireland) in the UK.

On these poll numbers the Fine Gael-Labour alliance can expect to retain government with a reduced majority. It is conceivable that Sinn Féin could overtake Fianna Fáil as the largest party in opposition.

⇒Read how Ireland got it’s parliament, its electoral system and its unusual political parties.